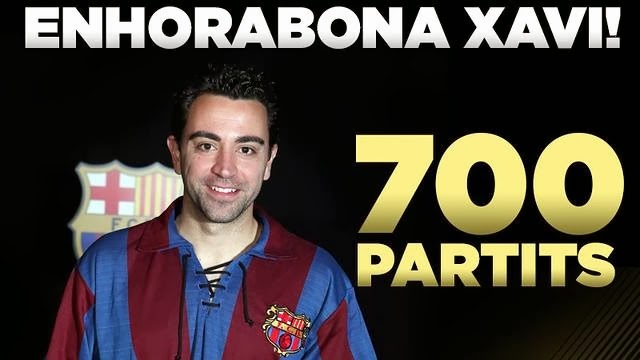 Tonight at Camp Nou, Barcelona will celebrate the 700th appearance of the great Xavi Hernandez.

Xavi came through La Masia, which is the Barcelona youth academy at the age of 11. He made his first team debut against RCD Mallorca on the 18th August 1998 and tonight see's Xavi make his 700th appearance for Barca.

Xavi has scored 82 goals and made more than 180 assists for 50 players. Xavi is also the first player in FC Barcelona history to play over 150 international matches.

Xavi's honours list is expansive. He won the U-20 World Cup for Spain in 1999, and the Olympic Silver medal at the 2000 Olympics. Since he made his senior debut for Spain Xavi Hernandez has been capped more than 130 times. In 2010 he won the World Cup with Spain as well as both Euro 2008 and 2012, in 2008 Xavi was named by UEFA as the player of the tournament.

Xavi has won more trophies in his career so far than any other Spanish player in history.

It's a double celebration for Xavi this week, as he also celebrated his 34th birthday. 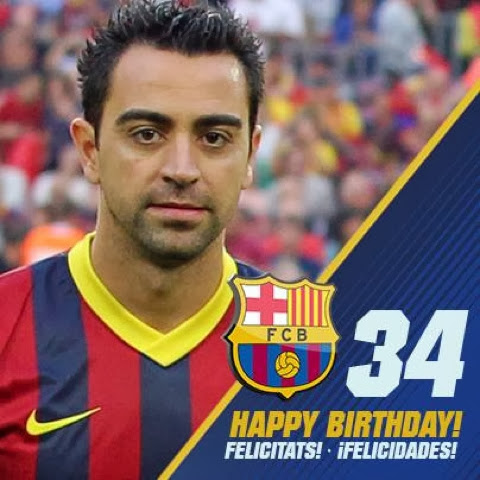 In my opinion Xavi is one of the greatest if not the greatest midfielder of all time. His club and international records speak for themselves and his game is a pleasure to watch.

I only wish that tonight I was in Catalunya and the Camp Nou to watch and celebrate this great achievement and watch the greatest team on earth.

*Photos sourced via FC Barcelona Facebook page*
Posted by A Blogs Life at 13:05 No comments:

Is it me or is January the worst month ever!
It's cold, dark and no one has two pennies to rub together.

So you can imagine our excitement when we stumbled across the stash of gift cards we got for Christmas :)
As a family we enjoy going out to eat, in fact our Daughter would eat out every night given the Chance!
So with our £50 TGI Friday's gift card in our pocket off we went.
Now, we have never been to TGI's *shock horror* so was pleasantly surprised with the choice of food and the pricing, not to mention their fab decor..... I mean who has a wall of Baseball's made into the American flag? Or a traffic light above their head while they eat?!
**Starters** 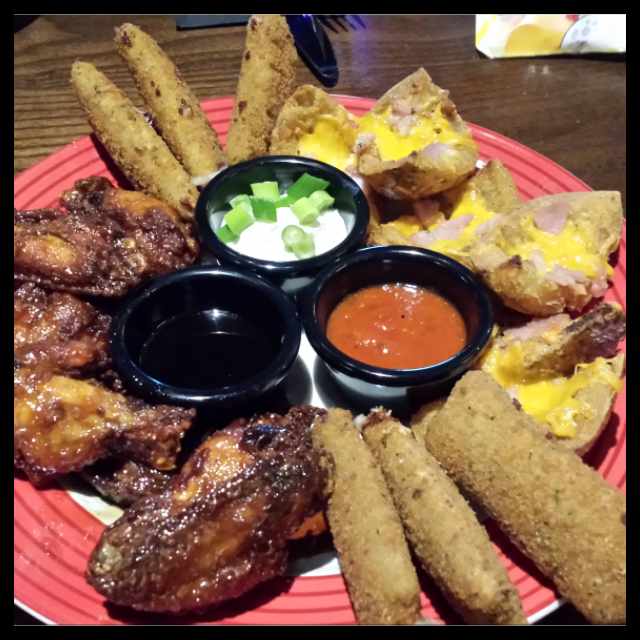 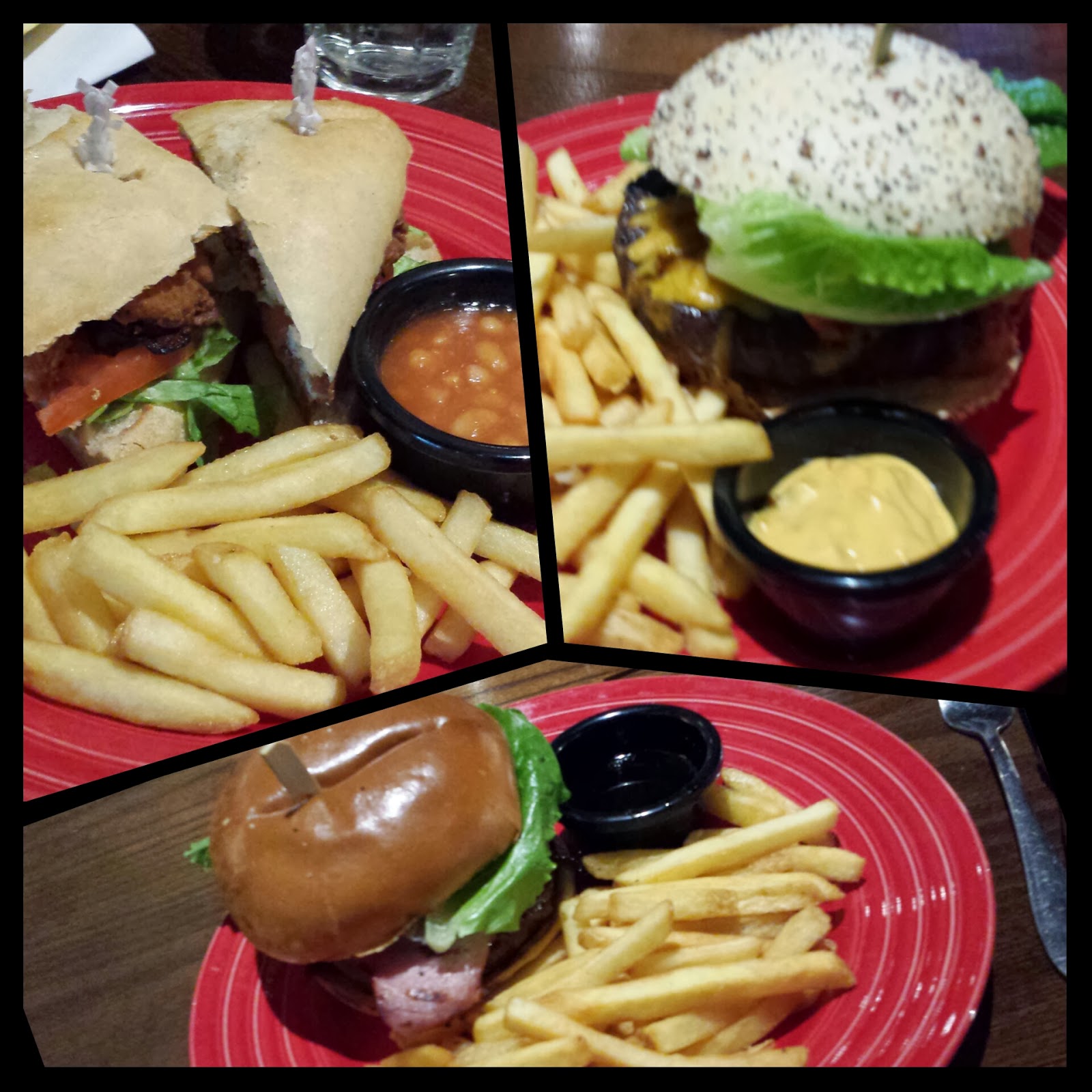 And what meal is complete without dessert?! 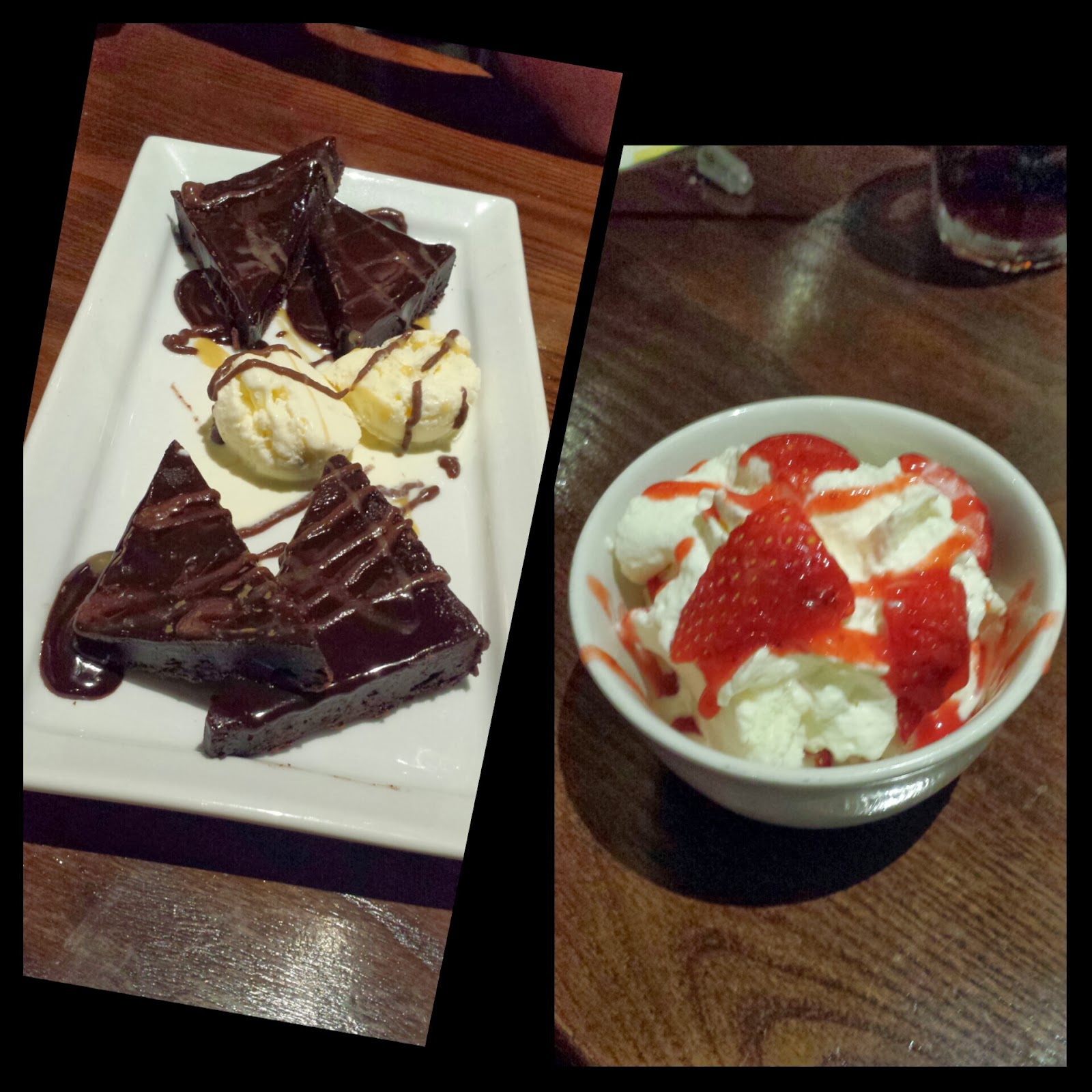 ﻿﻿﻿
And soft drink are FREE REFILLS!!
Now to that fab decore!! 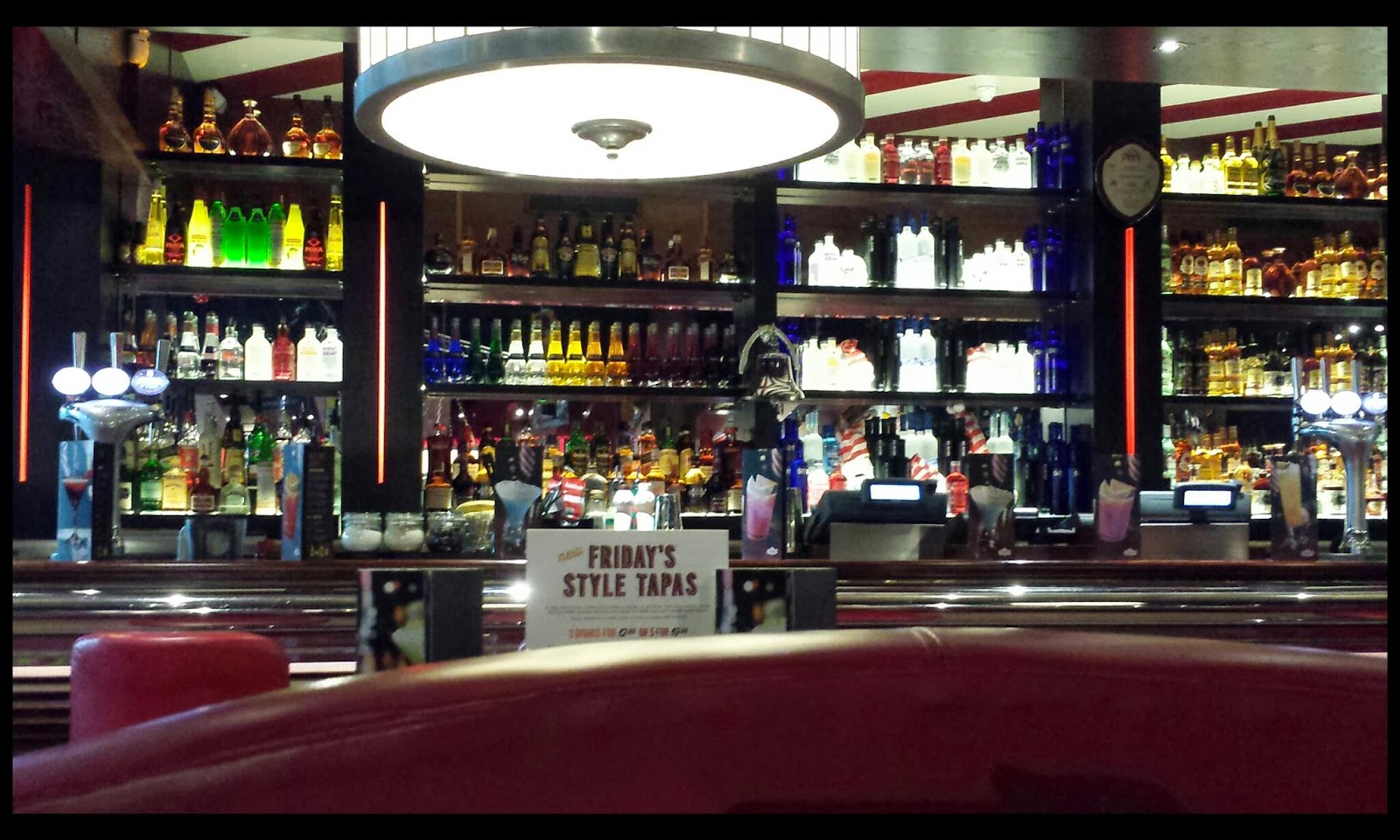 The most colorful bar we have EVER seen..... and with so many bottles! 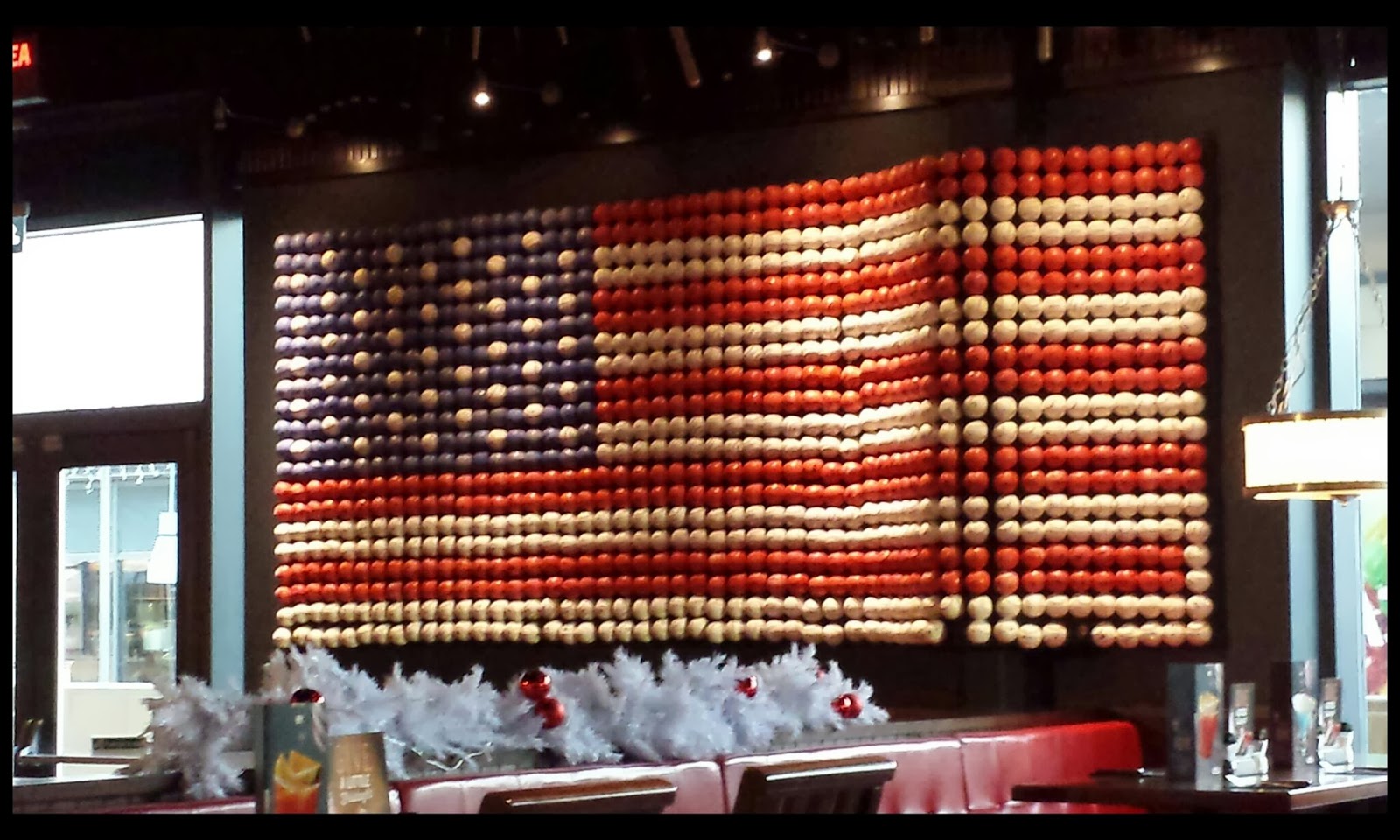 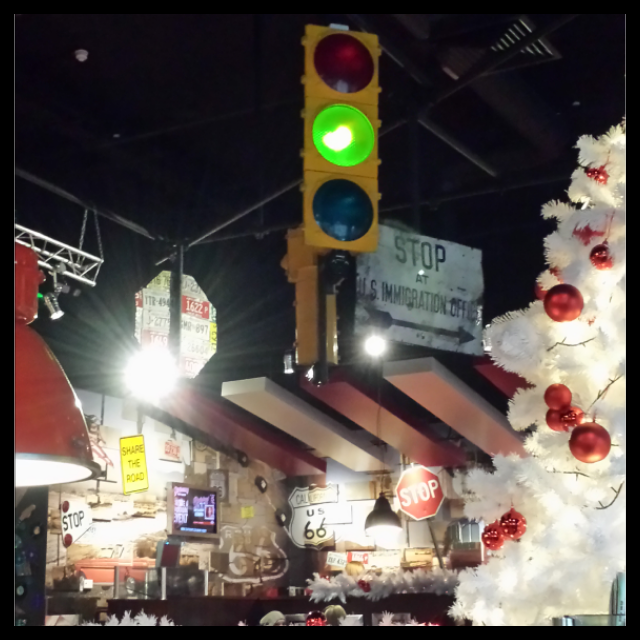 And THAT traffic light! I personally, was mesmerised with this :)

So for a fun family treat get yourself down to TGI Friday's .
The food is out of this world and the staff are friendly and cater to your every need! 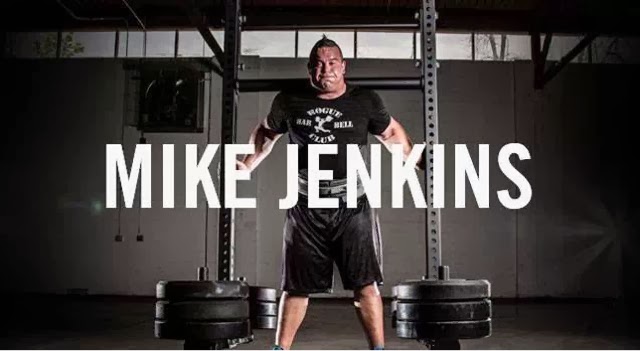 Over this festive period, especially if you live in the UK it's more than likely that you will have seen Worlds Strongest Man on TV.

Strongman is loved in our household and we have attended Strongman events when they have been in the UK and watch and follow the sport closely.

However this year we watched  the WSM finals with a heavy heart knowing that one of the Sports greats and one of our favourite competitors, Mike Jenkins, was no longer with us.

We never had the pleasure of meeting Mike, however he was just one of those guys that you warmed to on TV, a lively and bubbly character who entertained whilst lifting and moving weights most humans could not comprehend.

Mikes death is a huge loss to the world of Strongman and he will be deeply missed throughout the strongman and powerlifting world.

Mike was from Westminster , Maryland and worked as a high school athletics director when not competing in strongman. Before switching over to strongman in 2007, Mike was a professional football player. 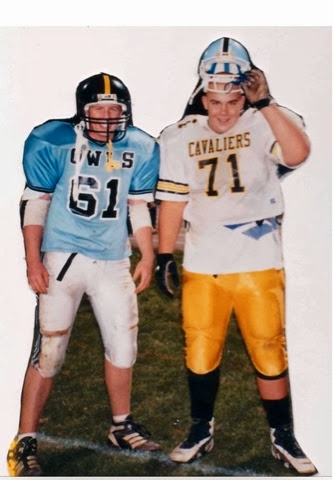 In 2007 Mike entered Maryland's Strongest Man contest of which he won, this then qualified him for the North American amateur national strongman championships held later that year. Mike placed 6th in that contest. Spured on by this he competed in the North American Nationals in 2009 in Which he came 2nd.

Mike then competed in the inaugural Arnold Amateur Stongman World Championships in 2010 and he won the contest! With this win it meant that Mike received his pro card as well as being invited to compete at the 2011 Arnold Strongman Classic with the worlds best. Later in 2010 Mike competed in the America's Strongest Man and placed 2nd behind the three time champion and strongman legend Derek Poundstone.

Mike, taking up the invite competed in the 2011 Arnold Strongman Classic and placed an amazing 2nd behind arguably one of the greatest stongmen to live, Zydrunas Savickas. 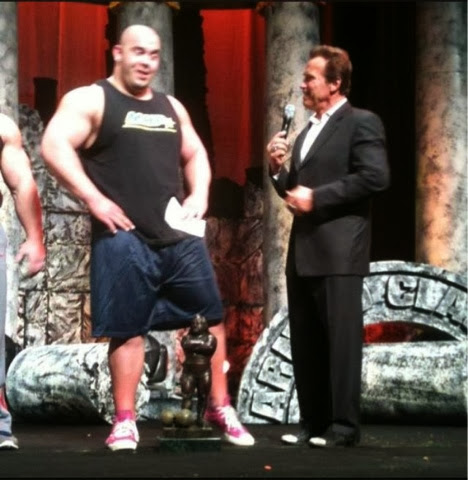 With this 2nd place, Mike qualified for the finals of the Worlds Strongest Man 2011. Mike won the first two events of the finals but then had to unfortunately withdraw due to a back injury finishing 8th overall. We, as many people do, strongly believe Mike could have gone on to win if not for this injury.

Mike finished 5th at that event, during which he set a joint world record with Nick Best in the hip lift event, lifting and amazing 1150kg or 2540lbs !! 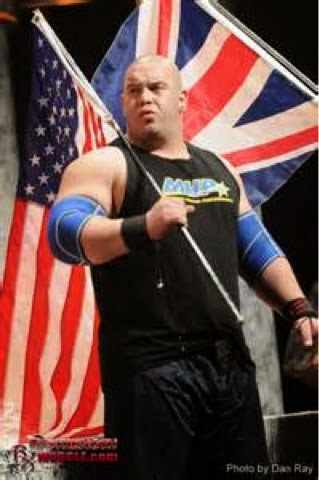 Mike Jenkins once again qualified for the Worlds Strongest Man 2013 Finals held in Sanya China and improved on last years result finishing 4th in what was a gruelling contest. 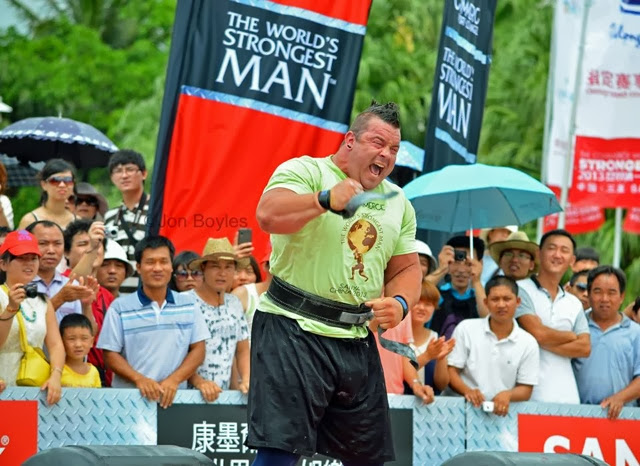 It was on the 28th November 2013 that everyone heard the shocking news that Mike Jenkins had suddenly died. Mike was aged 31 and his death is a devastating loss to the Strongman World. 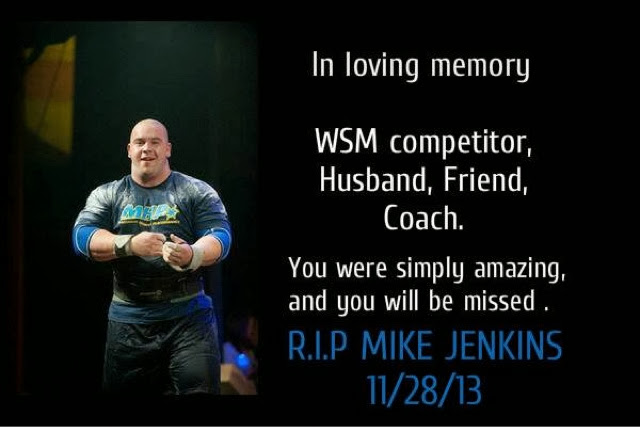