We can officially say that Panto season has started and the fabulous St Helens Theatre Royal kicked it off in style with their  spellbinding show of Sleeping Beauty!

We can say, first hand, that this show is BRILLIANT!
Never have I laughed as much or seen my kids cry with laughter as we did at this show.

The cast was wonderful, they had the crowd involved for the whole show and not once was there a restless bottom in the house!
The theatre is an intimate venue but definitely doesn't lack in the glitz and dazzle that comes from a West End show. 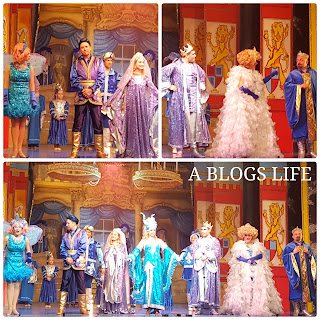 Claire Sweeney played a wonderful part of the evil Carabosse, who knew she could crack out a tune like she did in this show! She rocked her part as well as the outfits!

Tam Ryan playing the hysterical Chester the Jester. Hats off to you as I don't know how you kept your face straight in some parts. He was wonderful with the kids, especially the golden ticket children at the end of the show.

Warren Donnelly and Roy Brandon who played the King and Queen bounced off of each other's character perfectly and some of the Queens outfits were perfect for her personality.

Corey Rumble was a fab Prince, very impressed with his sword tussle with Carabosse.

Laura Gregory made the perfect Princess and Jess Pritchard was an exceptional Fairy Sparkle, loved seeing all her family support that came to the show!

This show really was a magical experience, children and adults laughed together, held their sides together and wiped the funny tears away toghter, it's definitely a trip worth taking with the family time and time again!
Check out our clip from the finale below....

This was our first visit to St Helens Theatre Royal and we can say it won't be the last. The view from the seats were excellent and the hubby was impressed that his long legs weren't squished (he even had room to move, always a bouns for the tall people!)
The sweets and drinks were all reasonably priced too!

For ticket information for this and other shows staged at St Helens Theatre Royal please head on over to their website - www.sthelenstheatreroyal.com

Panto season is here and so is Sleeping Beauty!

That time of year is upon us already..... Yes, it's panto season! And we love nothing better than a family day or night out that's guaranteed to  have us laughing our socks off!

Today we have the pleasure of heading over to St Helen's Theatre Royal to watch a star studded cast preform of Sleeping Beauty, one of my all time favourite film and book.

Sleeping Beauty will awaken at St Helens Theatre Royal from Saturday 21 - Sunday 29 October, just in time for a fantastic half term treat!
Producers recently announced the first wave of confirmed cast which includes star of West End and TV, Liverpool’s own Claire Sweeney as the evil fairy Carabosse along with Laura Gregory, Tam Ryan and Simon Foster. 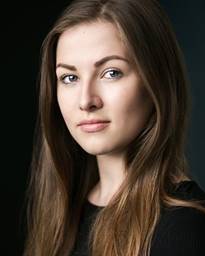 Jess Pritchard is sure to wow the audience with her magical portrayal of Fairy Sparkle. Jess is a Chester born actress who recently graduated from Liverpool Institute for Performing Arts before starring in her first professional productions Women Beware Women and Constance and Sinestra. Catch Jess as she makes her panto debut and waves the magic wand over an awestruck audience this October. 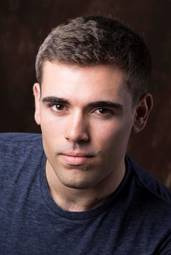 Starring as this year’s handsome Prince is Corey Rumble whose dashing looks will no doubt cast a spell over St Helens. Corey graduated from Liverpool Theatre Schoolback in 2016 and quickly secured his first role as Hal Brandon in the new Liverpool based musical Liver Birdsong last year. He recently came off a UK tour performing hit songs by Frankie Valli and the Four Seasons and the Rat Pack! Corey completes the all-star cast that swings into St Helens in just one month’s time.

Previously announced star of stage and screen Claire Sweeney will be transformed into the evil fairy Carabosse, who curses Princess Aurora, tricking her into an eternal slumber. The former Brookside actress and West End star is no stranger to panto, having played a number of roles – oh yes she has! – over the years. Her most recent stage roles meanwhile include Baroness Bomburst in Chitty Chitty Bang Bang and Velma von Tussle in Hairspray, both on national tours.

Laura Gregory returns to the role of the eponymous beautiful princess, cursed to fall asleep until a handsome suitor wakes her with true love’s kiss, after also playing Aurora at St Helens in 2015 when she beat 90 other actresses to the part. Her other panto credits include Cinderella at St Helens in 2015 and Wendy in Peter Pan last year, as well as Snow White and Aladdin at the Epstein Theatre in Liverpool.

Actor and entertainer Tam Ryan, who is playing Chester the Jester, is best-known for his scene-stealing roles in Manchester Opera House pantomimes like Snow White,Peter Pan and Cinderella. But he also recently went on tour with none other than The Hoff in the musical Last Night a DJ Saved My Life, and has played Thomas Cromwell no less in A Man for All Seasonsas well as Beast in Beauty and the Beast.
Completing the line-up and ready to bring this enchanting tale to life is St Helens’ resident Dame, Simon Foster, bringing his slapstick fun and chaos to the stage as Dame Queenie.

Sleeping Beauty tells the enchanting tale of Princess Aurora, who is cursed by the evil fairy Carabosse after failing to receive an invite to the Royal Christening, claiming that if the Princess pricks her finger, she will die. Years later at her 16th birthday, Aurora is tricked into piercing her finger on a spinning wheel by the evil fairy. After the curse is countered by the Lilac Fairy, Aurora instead falls into a deep and eternal slumber, which can only be broken by a kiss from her true love.
Will the beautiful princess find her true love and be freed from the evil fairy’s curse? What fate awaits the evil fairy? Set your alarms and get down to St Helens Theatre Royal this October for a truly magical adventure.

Chantelle Nolan, Theatre Manager said:“St Helens Theatre Royal is absolutely delighted to announce the full casting for its October half term pantomime Sleeping Beauty!  We are thrilled to have local actors Jess Pritchard and Corey Rumble join an already stellar cast and can’t wait to see them onstage as the Prince and the Fairy. With rehearsals soon to be underway, we’re looking forward to getting panto back on the Theatre Royal stage for the families of St Helens. If you haven’t already booked your ticket, what are you waiting for?!”

This all sounds the perfect way to kick off the panto season and we (two teens along with Mum and Dad) are very much looking forward to spending family time watching this show! If you would like to book tickets for you and your family and friends, prices and links for tickets can be found below..... we hope you enjoy the show!

*PR tickets were provided.All thoughts are our own and a full blog post will follow shortly.
Posted by A Blogs Life at 13:17 No comments: