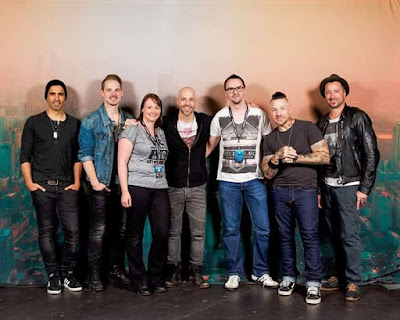 With their fifth studio album on the horizon, we thought what better time to post about the amazing gig and time we had with Daughtry when they visited Manchester.

Having been fans of Chris Daughtry way back when he first appeared on American Idol, Daughtry are, and continue to be one of our favourite bands. With their up beat Rock tunes to their country style melodies, Daughtry can be heard blasting out of our IPod , Car and the daughters bedroom almost daily.

So when we found out the guys were doing a tour of the UK and were coming to Manchester, there was no doubt we were going to be there and to make the experience even better we were lucky enough to get VIP tickets and meet the guys in person.

In addition we got a half hour unplugged gig before the main show, where Chris and Elvio treated us to some unplugged tracks and even gave us a Daughtry version of Wonderwall (Had to be done when in Manchester!) 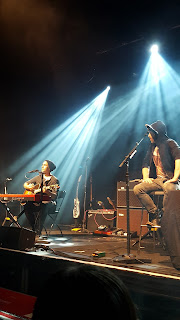 After, we got to meet the guys and have a quick chat before the main show. A great set of guys, very humble which made the experience even more fantastic. 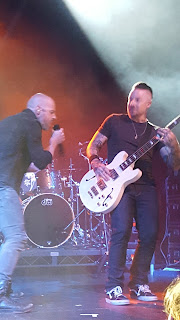 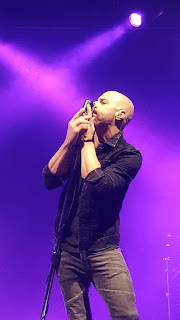 The Manchester Academy offered a great venue for the gig, the Acadamy is one of our favoured music venues for its great acoustics. We were right at the front which again made it even better and just added to what was probably the best gig we have ever been to. 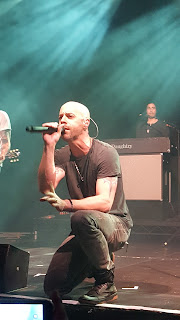 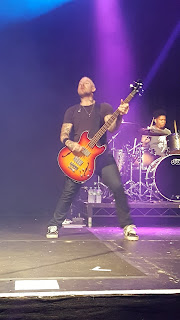 The Crowd were on top form and i even think Daughtry were blown away by the interaction of the crowd, who literally sang every song word for word with them throughout the set. At one point Chris actually addressed the crowd stating how they were blown away by how vocal we all were and it was making this a gig to remember for them, again this just made the whole concert even better as you could see the effect it was having on the guys on stage and this just poured back into their songs. 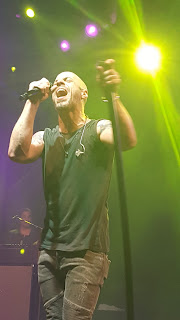 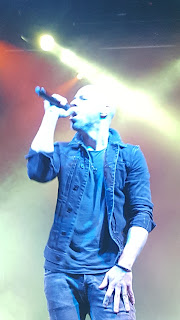 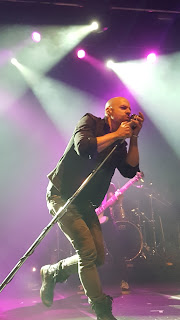 The set its self compromised of hits from the four currently released studio albums along with a few cover tracks. One of my favourite covers the guys do is "In the Air Tonight " and we were lucky enough that this was on their play list that night.

This is one of those posts where i just feel like i am repeating myself on how good an experience this was, but in reality it was, and even if you only like one of two songs of Daughtry i would recommend you go see them next time they are back in the UK (Hopefully soon !) as they are on another level live.

Their new album is due out soon and we just purchased the first release from that album "Backbone" so here is hoping Daughtry come back to the UK soon so we can rock out with these guys once again! 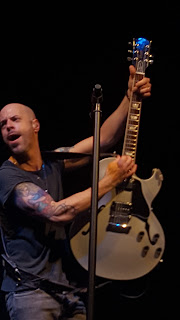 We are going to finish this post off just by saying many thanks to Daughtry for a great gig and hope they enjoyed their time in the UK.
Finally in what we hope is rare footage check out the acoustic video of "life after you" recorded live at Manchester Acadamy.

*All thoughts and photos are our own.
Posted by A Blogs Life at 15:02